Please be patient as we reload our package rates.

An Introduction to the Turks & Caicos

From the moment you arrive at Sibonné Beach Hotel, you’ll understand why Caribbean Travel & Life magazine calls Grace Bay Beach one of the ‘Best Beaches in the Caribbean’. Not only this, but Grace Bay and the Turks & Caicos are still the best ‘undiscovered destination’ in the Caribbean.

As soon as you step onto your balcony, dine in the resort’s oceanfront restaurant, lounge by the pool, walk onto the powdery-white sand, or swim in the amazingly clear turquoise water of Grace Bay Beach – you’ll understand why Sibonné Beach Hotel is the best choice for your Caribbean vacation in the Turks & Caicos Islands.

Sibonné was the first hotel built on Grace Bay Beach – so it enjoys the best position on the most famous beach in the Caribbean. Many of their guests have returned time and again since the hotel was built as ‘Le Deck’ – and the hotel was the only resort on all of Grace Bay.

Renovated and renamed Sibonné Beach Hotel – they are the most intimate hotel on Grace Bay Beach. With only 29 rooms, their guests enjoy the distinction of being closer to the beach than anyone staying at the more recent large-scale resort developments.

They don’t have a spa, shops, casino, or nightlife – but there are several options just a short walk down the beach in either direction at some of the larger neighboring resorts. They don’t have a concierge, room service or a tour desk – but they do have some of the friendliest staff in the Caribbean that will gladly help you make any arrangement to enjoy your vacation in the sun.  Just stop by the office and talk to Patsy or Sandra. And of course Dive Provo offers snorkeling trips for non-divers and can arrange other sightseeing excursions, sailing and fishing. 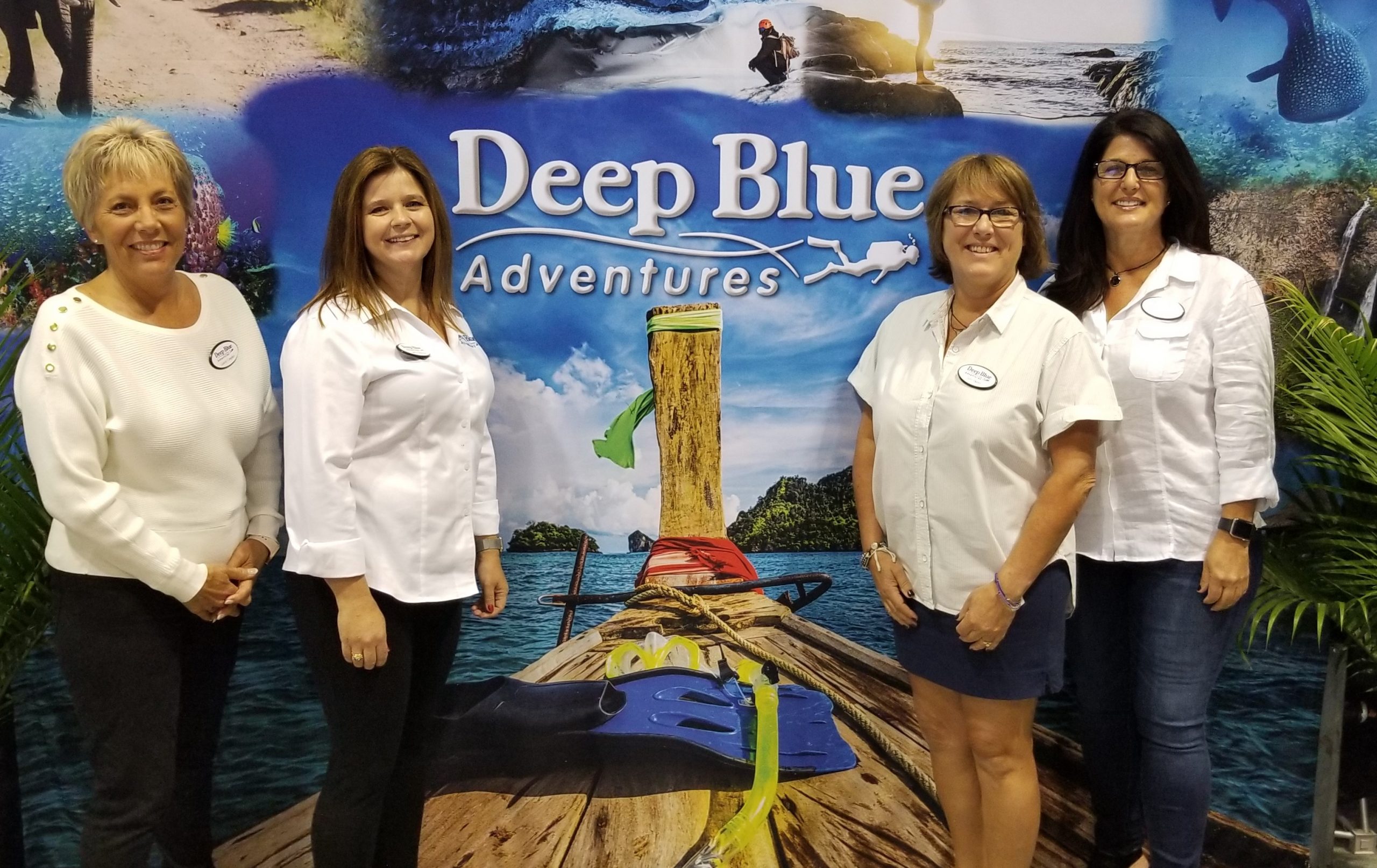 NEED ASSISTANCE?
Our team is at your service to
make your dreams a reality

The beautiful Turks and Caicos Islands are situated just 575 miles southeast of Miami. Covering 193 square miles of the Atlantic Ocean, the Turks and Caicos Islands has the third largest coral reef system and the best tropical beaches in the world, making it a premier beach, diving and snorkeling destination and an ideal location for romance, family vacations, ecotourism and adventure seekers, which is probably why so many of their visitors return over and over again. One of the most valuable possessions of the islands are the pristine white sandy beaches, which in total cover 230 miles and are complemented with crystal clear turquoise waters. The islands are relatively flat but vary from sand dunes to lush green vegetation. There are eight inhabited islands: Salt Cay, Grand Turk, South Caicos, Middle Caicos, North Caicos, Providenciales, Parrot Cay and Pine Cay. East Caicos and West Caicos along with several other fascinating cays are uninhabited. People on the islands known as "Belongers" are known for their friendly spirit, which helps ensure this is a destination that helps people de-stress, feel comfortable and truly relax.

Providenciales: Also known as “Provo,” this island is visited most by tourists. With many resort hotels and the international airport receiving direct flights from various countries throughout the region, there is always buzz on Provo. It is ringed by pristine white beaches, and is home to historic villages as well as world-class shopping. Grand Turk: This island is home to the capital of the islands, and despite its relatively small size, also hosts the second largest population among the Turks and Caicos. Grand Turk has some historical sites to visit, but the main attraction here is the incredible diving. North Caicos: This island is more of a nature preserve than a tourist destination. Here travelers can see a wide range of nature due to the island's high rainfall. Birdwatchers especially can be impressed by the flocks of flamingos, as well as nearby islets with many birds. Middle Caicos: The largest of the islands, Middle Caicos is known for its rich agriculture, but it also has great tourist attractions, including an extensive cave system as well as old plantation houses. East Caicos: No longer settled, this island is home to ancient petroglyphs and an abandoned town as well as beautiful beaches. South Caicos: Despite its small size this is one of the most popular islands of the chain. Fishermen and those who love good seafood are regulars here. However, birders, history buffs, and divers find plenty to do here. Salt Cay: This tiny cay was the home to the Islands' salt industry, and when mining ended, it was as though life stayed in freeze-frame. Visitors come to explore this area and catch a glimpse of what life was once like on this island. Parrot Cay/Pine Cay: These two are private islands owned by resort companies.

What to Expect in Turks & Caicos

DEPARTURE TAX: As of 2015, departure tax is listed at $29 U.S. Dollars and is typically included in your ticket. Please check with your airline or ticketing agent for details. If it is not included it is payable in cash only upon check in for your flight home.

DRINKING WATER: Water is generally safe to drink in resorts. As on many islands, fresh water is precious, as they depend upon rainfall or desalinated water produced by reverse osmosis for the supply. Please be conservative in using water. Bottled water is readily available.

DRIVING LICENSE:  Visitors from the U.S.A. Canada, the U.K. and many other countries may use their valid drivers license from their homeland.

ELECTRICITY: 110 volts AC is the standard, and an adapter is not required for visitors from the U.S.A.

ENTRY REQUIREMENTS: All visitors to the Turks and Caicos must hold a round-trip ticket. Visitors may stay up to 30 days and can apply for extensions for longer stays, these are approved under the discretion of the Immigration department. Visitors from the United States and Canada must have a passport in your possession. Visitors from countries within the British Commonwealth require passports. Visas are necessary for visitors from countries outside of the Commonwealth and the United States. Please contact a British Consulate Office for visa applications.

TOURISM SEASONS: December to April is the region's high season, which has more to do with holiday times and lower temperatures everywhere else in the world. The high season often inflates prices for travelers throughout the Caribbean, so the window between the end of the high season and the beginning of summer may be the best time for travelers to visit the islands. Every year beginning in June and ending in October, the Turks and Caicos experience hurricane season. Though hurricanes don't hit often within the Caribbean, many travelers avoid visiting the islands during this season. Still, travel during this time should not be entirely ruled out and visitors should feel assured by advanced hurricane warning systems.

VACCINATIONS: There are no vaccinations required for entry to the Turks and Caicos. However, we always suggest that you speak to your family physician for a personal recommendation.

Top Side" Activities and Adventure

Below are just some of the activities and attractions that await you in the Turks and Caicos Islands. We will be happy to arrange any of these and more to complete your customized itinerary. Please contact us for more information.

The salt ponds and inland marshes serve as excellent feeding grounds for resident and migratory birds. Search for Great Blue Herons, Flamingos, Osprey and Pelicans alongside Egrets, Terns, Frigates, Boobies and other water birds. As part of the National Parks system more than twelve small cays have been set aside and protected for breeding grounds. 170 species of bird can be found in the Turks and Caicos Islands from Pelicans and Flamingos to Osprey and Cuban Crows. The variety is staggering and the photographs that have been taken here have been published across the world. On North Caicos in particular the tidal flats on the South side of the island attracts scores of birds including wild Pink Flamingos that regularly inhabit the aptly named Flamingo Pond.

A visit to the caves on Middle Caicos is an unforgettable experience. The cathedral like limestone reaches down to underwater lakes and sculpted stalagmites and stalactites. Guided tours of the caves once home to the original settlers the Lucayans are available daily. Caves can also be found on the uninhabited island of East Caicos where people have discovered ancient petroglyphs or markings in the cave walls by the Lucayans.

Two to three nights of each month in conjunction with the lunar cycle there is an event that takes place uniquely in the Turks and Caicos Islands; the mating of the glow worms. When these creatures mate they give off a luminescent glow which creates "Christmas in the water"! It is a truly exciting experience which is a once in a lifetime occasion for most people. The glow worms will mate and light up the water with a bright glow and create an electric atmosphere.

Explore the turquoise coastal waters and marine ecology around Little Water Cay as you paddle along the mangroves for a view of the fish and bird life with an experienced guide. Visit the rock Iguana sanctuary on Little Water Cay to see the Iguanas in their natural habitat; then journey to the Nature Reserve for a closer look at a variety of marine species where you may even see young sharks.

The semi-submarine Undersea Explorer tour is an adventure that begins when you board the craft located alongside the Tiki Hut Restaurant at the picturesque Turtle Cove Marina in Providenciales. As you leave the Marina, the waters will start to come alive with many hundreds of different tropical fish and spectacular coral formations. And if you are lucky, perhaps sting rays, sharks or even the world-famous Jo-Jo the dolphin might make an appearance. If you are worried about going too deep - don't. The Undersea Explorer has been specifically designed to stay just above the water with a lower observatory 5ft below the waves allowing passengers to see the Beautiful by Nature marvels.

TOUR THE ISLAND OF PROVIDENCIALES:

A fine blend of a tour! A mix of history, culture and natural beauty. Drive through Blue Hills, one of the oldest settlements on the island which was built around a fresh water supply; it gives you a real feeling of a Caribbean village. Stop at Blue Mountain unfolds a panoramic breath taking view of the natural beauty of the island. Continue on to Cheshire Hall, the ruins of an old cotton plantation house built by Loyalists. Complete your day with a visit to the world's only Conch Farm, a totally unique experience! Tour the farm and see how the Conch is bred and grown. Do not forget to stop and say hello to Sally and Jerry, the world famous trained Conchs.